DUBLIN protesters have vandalised a statue of former IRA leader Sean Russell by painting an LGBT+ flag on it to mark the final week of pride month.

The colours on the flag included black and brown which shows solidarity with members of the LGBT community who also fight against racial inequality. It’s thought that the protesters had taken issue with Russell’s alleged history as a Nazi sympathiser.

Russell was an Irish republican who held senior positions in the IRA until the end of the Irish War of Independence, but his legacy has come under scrutiny in recent weeks. 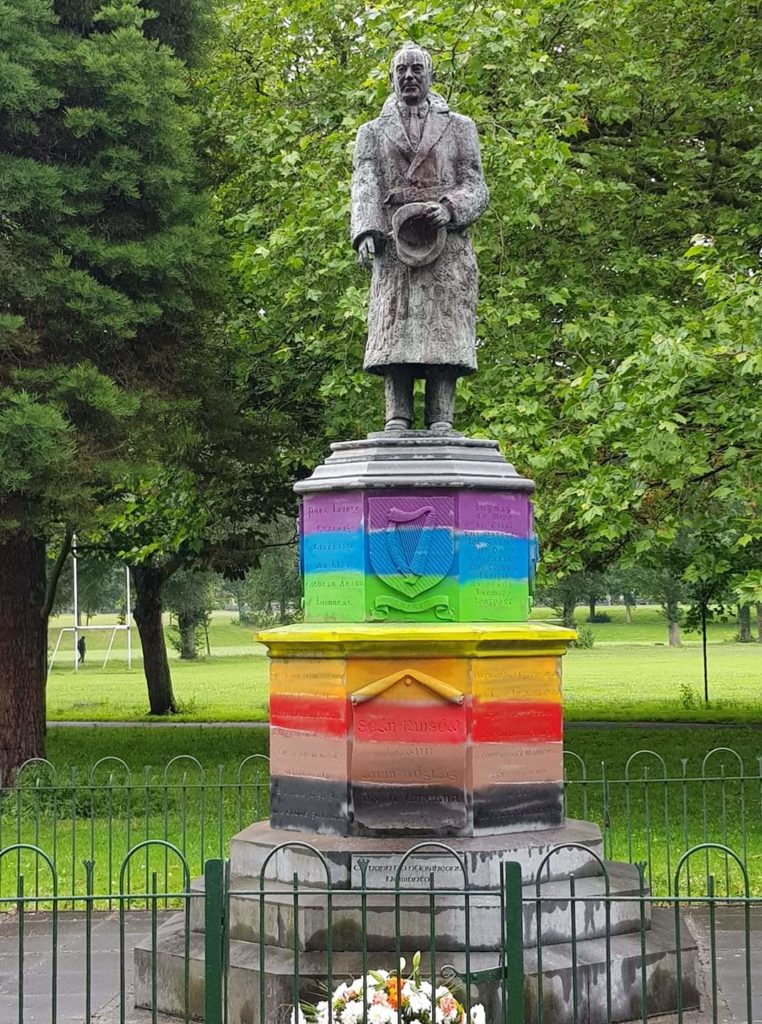 Russell died while on board a German U-Boat in 1940 while travelling to retrieve arms from Nazi Germany.

The IRA chief has been branded a Nazi sympathiser after spending time in Germany during World War II, but those who defend Russell claim he was in fact an anti-fascist and that he was simply seizing an opportunity.

The Best Places For That Dream LGBT Wedding

Scotties referees come out together

Top US diplomat admonished by Kuwait for pro-Pride Tweet